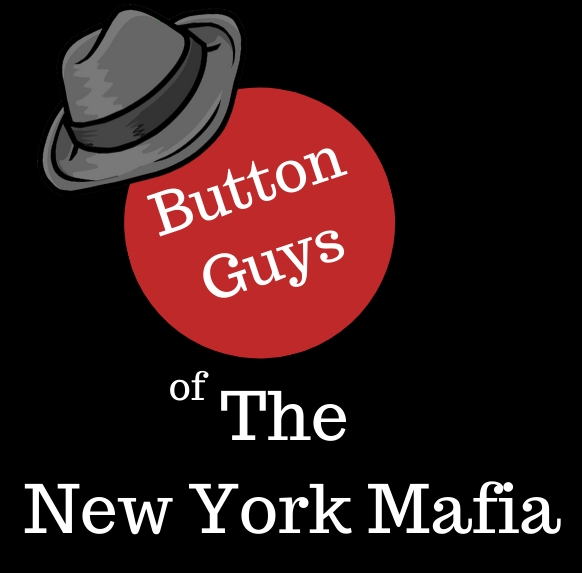 Anthony (Tony Pro) Provenzano was born 1917 on New York City’s Lower East Side (one of six sons born to a Sicilian family).

He migrated to New Jersey at a young age and would operate from there as his base his entire life.

His longtime residence was 49 Lockwood Place in Clifton.

He had two brothers Salvatore (Sammy Pro) and Nunzio (Nunzie Pro), who were also Teamsters officials and lifelong partners of Tony’s in the mob. Sammy was said to have been an inducted “soldier” and Nunzio, an “associate”.

Tony Pro stood about 5-feet 7-inches” tall and weight 170 pounds. He had wavy-black hair and a fighter’s scarred facial features around his eyes and brow (having been an amateur boxer in his youth).

Starting out as a young man driving a rig for a New Jersey trucking firm, by 1941, Tony Provenzano had become a shop steward. By 1958, he had taken the reins of Local # 560 from the man who had founded it.

A year later, he cited the Fifth Amendment 44 times in testimony before a Senate rackets committee for which Robert F. Kennedy was counsel.

Since the early 1950s, Provenzano had been identified as a top labor racketeer and New Jersey hoodlum.

It is mob lore that Anthony (Tony Bender) Strollo gave Provenzano his big break in the mob, when after taking a liking to the young hood, placed him into Local # 560.

He was one of the higher profiled mafiosi operating in New Jersey.

Provenzano had a notorious reputation for savagery and viciousness and was well-known to authorities.

And although various reports have listed him as a “captain” at times, I do not believe he was ever more than a formally (inducted) “soldier”.

But nonetheless, Tony was a top figure in the mob. A highly feared and respected top “earner” and loyal mob member.

Anthony Strollo was initially said to have been his “rabbi”. In future years he was close with Gerardo (Jerry) Catena. And by the mid-1970s, he was said to be under capo Matthew (Matty the Horse) Ianniello.

Tony Pro joined the teamsters as a Depression-era truck driver, and through muscle and shrewd maneuvers, fought his way into the top ranks of the crime-riddled union.

His way was strewn with violent election campaigns, federal and state investigations, the disappearances and mysterious deaths of union opponents, free homes and Cadillacs, salaries that dwarfed corporate largesse, and the enmity of rackets-busters and the homage of union men.

Over the years, Tony and his loyal minions corrupted several key union local’s of the (IBT) – International Brotherhood of Teamsters to their very core.

Specifically, Teamster’s Local # 560, which the Provenzano Family treated as their own private family dynasty, was always their primary base of operations.

Tony was officially employed there over the years in various union posts such as organizer, business agent, vice president and secretary/treasurer until he was expelled from the union and barred from holding any position because of a federal labor rackets conviction.

But in his stead he made sure the local employed several members of his blood family there as either labor officials or as an office manager as his daughter Josephine was, his brothers, and their offspring.

Behind his rise and fall was said to lay a shadowy world of associates whose talents lay in beating other men with hammers, in selling labor peace to the trucking industry, in garrotes and guns, and the clever use of garbage grinders and incinerators to make enemies disappear.

During his rise to prominence on both the local and later national labor movement scene, Tony Pro ran into resistance several times through the years.

He usually had his henchmen mercilessly beat his opponents either into submission or, in one case an opposition leader permanently disappeared, until he had ironclad control of all Teamster operations in the Northern New Jersey area.

The massive 13,000 member Local # 560, based in Union City was the premier trucking local in New Jersey and for that matter the largest trucker’s local in the New York area as well.

He eventually became head of the Teamsters Joint Council of New Jersey, giving him pivotal control of all Teamsters operations in the northeast sector.

He became an intimate of International Teamsters President James R. Hoffa in Detroit, the home base of the International. And Provenzano could and did ensure that the votes always swung Hoffa’s way to keep secure his coveted post as President.

This also gave the mob the coveted position as well as the puppeteers who pulled Hoffa’s strings behind the scene.

Several Mafia Families worked in unison toward this effort.

The Detroit borgata had the official “claim” to Hoffa. After all, this was their boy.

But his position was far from a shoe-in without “key” votes from heavily populated districts like the NY/NJ region and other states; hence Hoffa’s request and plea for help from his “friends” “friends”.

Men with names like Johnny Dio, Tony Ducks, and Tony Pro were who kept Hoffa in power.

He provided them with multiple charters during the late 1940s to the early 1950s era to form “paper” Locals. What this meant was that it gave the mafiosi authority to create and run their own unions as they wished.

But “paper” locals, in actuality, had no members.

They had a phantom rank and file ,but it allowed the union hierarchy to cast their “vote” Hoffa’s way when the national union elections came up.

So, it seemed as though the bulk of the rank and file of the membership, several million votes, wanted Hoffa. And it always ensured that he (and the mob) stayed at the helm of union power.

Side Note: I must add at this time that in truth the vast majority of the unions “rank and file” did indeed love Hoffa. He was a great president and leader. He did more positive things for the men than anyone ever expected any leader to be able to achieve. But the G hated him – specifically Bobby Kennedy, the Attorney General.

Soon the Five Families and their “amici” across the country had ironclad control of union locals that focused and “organized” many major industries including trucking, warehousing, manufacturing, garbage carting, garment, machinery, and jewelry…to name but a few.

Local # 560 was a major piece of this nationwide Mafia mosaic. And Anthony and Salvatore Provenzano were entrusted by the Genovese hierarchy to watch the “candy store”, so to speak, for their borgata.

Tony Provenzano would spend years in various courts and prisons, starting with a 1963 conviction for extortion that sent him to prison for seven years.

He had a small but dedicated crew of henchmen over the years that included:

In 1975, after the disappearance and presumed gangland murder of Jimmy Hoffa, Tony Provenzano almost immediately became the prime suspect in Hoffa’s disappearance along with Detroit capo Anthony (Tony Jack) Giacalone.

It was widely reported, investigated, and confirmed that Hoffa had a luncheon date with the two Tonys on the very afternoon he disappeared.

One of the most intensive FBI investigations in U.S. history failed to unearth Hoffa or ever uncover the mystery surrounding the circumstances of his suspected killing.

That said, federal authorities did their very best to torture Tony Pro and go after him and his close associates in every possible way to try and either “turn” a cooperating witness or to punish those suspected of Hoffa’s death any way possible.

They overturned every rock in their quest for a conviction.

In the coming weeks and months, Provenzano was indicted repeatedly.

In 1975, he and mob figures Lawrence (Fat Larry) Paladino and Anthony (Tony Bentro) Bentrovito were indicted for their attempt to influence and bribe a trustee of the Teamster’s Pension Fund in approve a $2,300,000 loan for the Woodstock Hotel in New York City.

They of course would have received a huge kickback had it gone through. He was convicted after trial of these charges and was sentenced to 4 years in prison.

Then back to back in 1977, he was convicted a second time on extortion and federal racketeering counts and received an additional 20 years in federal prison. He started this jail term in 1980.

In 1976, Tony was also charged in the reputed 1961 kidnapping and murder of Anthony (Three-Fingers Tony) Castellito in Ulster County, another hoodlum figure who was vying for a leadership position by challenging Provenzano for the presidency of Local #560 at the time.

Provenzano would eventually be convicted of this murder, along with Konigsberg, and sentenced to 25 years to life in prison, to be served consecutively to his federal racketeering conviction.

The story goes that back in 1961, as testimony at his murder trial showed, Provenzano had paid freelance mob enforcer, Harold Konigsberg, $15,000 to kill Castellito.

Konigsberg and three other men had lured him to his summer home in Kerhonkson, N.Y., in Ulster County, hit him with a lead truncheon, and garroted him with piano wire.

The body was never found.

Another rival of Tony Pro – Walter Glockner – was shot to death in 1963 in Hoboken, N.J., just as Provenzano went on trial for extorting payoffs for labor peace.

He was convicted and sent to the Federal prison in Lewisburg, Pa., where Mr. Hoffa was also being held. Bad blood between the two former friends was said to have developed there.

Also, in 1984, after the local was found guilty of intimidating its members through murders, threats, and economic reprisals, it was placed under a federal trustee in 1986.

After serving almost nine years for his conviction on extortion,

Anthony (Tony Pro) Provenzano died in 1988 after suffering a massive heart attack in an area hospital, having been brought there a month earlier from his prison cell at the Federal Penitentiary at Lompoc, California.

He was 71 years of age….. so although never nailed for Jimmy Hoffa’s murder, Tony nonetheless ended up jailed anyway from the tremendous scrutiny and publicity generated by the Hoffa case.

It was “Get Provenzano at any cost.” And they did!

End Note: had he survived this full bid, he would have been transferred to a state prison to start his state murder bid. He had been eligible for parole earlier but chose to stay in the federal pen to live out his final days in the more clean and comfortable federal system.

Back to The Genovese Family